Apple has announced the iPhone 14 and 14 Plus, preserving much of the iPhone 13’s design — including a notch for the phone’s selfie camera and Face ID sensors. That’s in line with rumors that indicated only the 14 Pro models would lose the notch. Either way, the 14 looks an awful lot like the 13 at first glance, with the same flat display and rails. The US models of the iPhone 14 also do away with the physical SIM tray, going all-in on eSIM. The standard iPhone 14 model starts at $799, and the 14 Plus starts at $899. Pre-orders will start September 9th; the standard 14 ships on September 16th and the 14 Plus arrives later on October 7th. 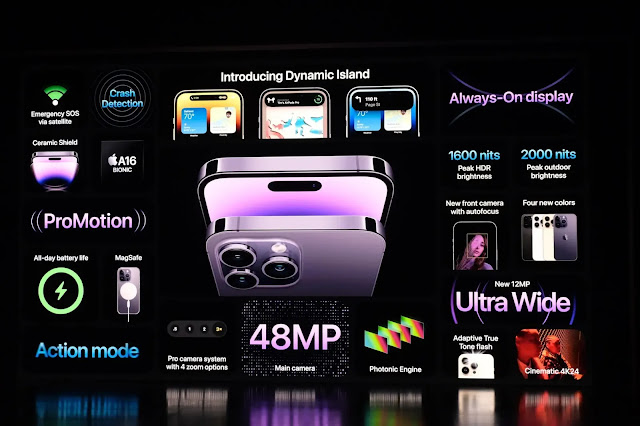 The iPhone 14 will also support the much-rumored emergency messaging via communication satellites when you’re out of range of a cell signal, called Emergency SOS. The phone’s antennas can connect to satellite frequencies. Apple says it can take less than 15 seconds to send a message with a clear view of the sky, and the interface guides users to point their phone in the right direction, as well as walking through steps to connect with emergency service providers. It’s also possible to use the Find My app to share locations without sending a message. It’s free for two years with iPhone 14 models.

The iPhone 14 sticks with a 6.1-inch screen, while the 14 Plus offers a big 6.7-inch screen. The 14 Plus model claims to offer the best battery life of any iPhone. Both models continue to offer last year’s A15 Bionic chipset — a major shift for Apple, which has typically introduced a new processor to be used by its entire iPhone portfolio every year. 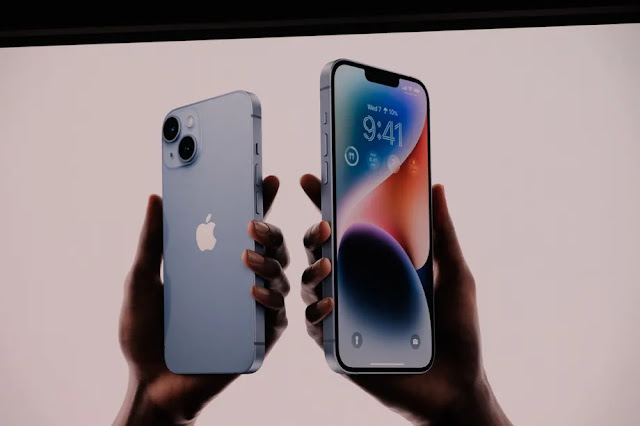 The iPhone 14’s debut comes at a unique moment: inflation is driving the price of absolutely everything up — consumer tech included — and household budgets are stretched thin. Google has launched a public shaming campaign calling out Apple to adopt its open standard for messaging. And the company is having to face the fact that people in the US just don’t want a small iPhone, despite its efforts to sell one over the past couple of years. It all boils down to an unusual amount of pressure as Apple stages its annual iPhone unveiling from its gleaming Silicon Valley campus.

Apple has announced that the regular iPhone won’t be getting a new processor this year — instead, the iPhone 14 and 14 Plus will be powered by Apple’s A15 Bionic chip, the same chip that’s in the iPhone 13 Pro — though it does have a bit more grunt than the A15 that was in the regular iPhone 13 and the $429 iPhone SE from earlier this year, thanks to an extra GPU core. This is the first time that Apple’s not updating to a new processor for one of its flagship iPhones since the 2008 iPhone 3G, which featured virtually the same internals as the original iPhone.

The iPhone 14 Pro, meanwhile, has an A16 processor, which the company says is more power efficient, even when doing intensive tasks.

The decision to not update the chipset for the standard iPhone 14 isn’t exactly a surprising one. Analysts like Ming-Chi Kuo and reporters like Mark Gurman have been predicting the move for months, and the chip shortage isn’t quite over yet. Using tried and true chips that Apple’s manufacturer already has experience making could help ensure that there are enough processors to meet demand. The older chip could also keep prices down at a time when inflation is bumping up the cost of other gadgets.

While potential iPhone 14 buyers probably won’t have to worry too much about performance — the A15 still outperforms the latest chips from Qualcomm and Google in most benchmarks — there is the question of longevity. While Apple has a great track record when it comes to long-term software support for its phones, I still have to wonder if the iPhone 14’s chip means that it’ll get one or two fewer iOS updates.